Well, the start of the day was great!We had breakfast at Rowardennan and headed off around 9am. There is a gentle incline for the first hour going through beautiful woodland and Loch Lomond reveals itself. The second hour we spent walking towards the Conic hill and climbing it. Got so lucky with the weather on that day and it was sunny pretty much the entire day. After taking photos at the top, we walked slowly down to Balmaha. And actually, I feel I should add that the climb to the Conic hill is very reasonable. (I still had to stop a few times to catch my breath, but that’s probably has something to do with the fact that we didn’t train…). 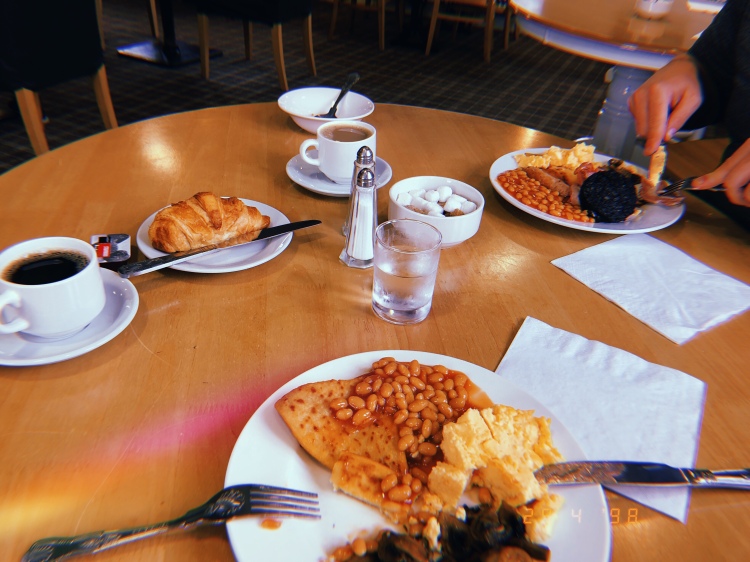 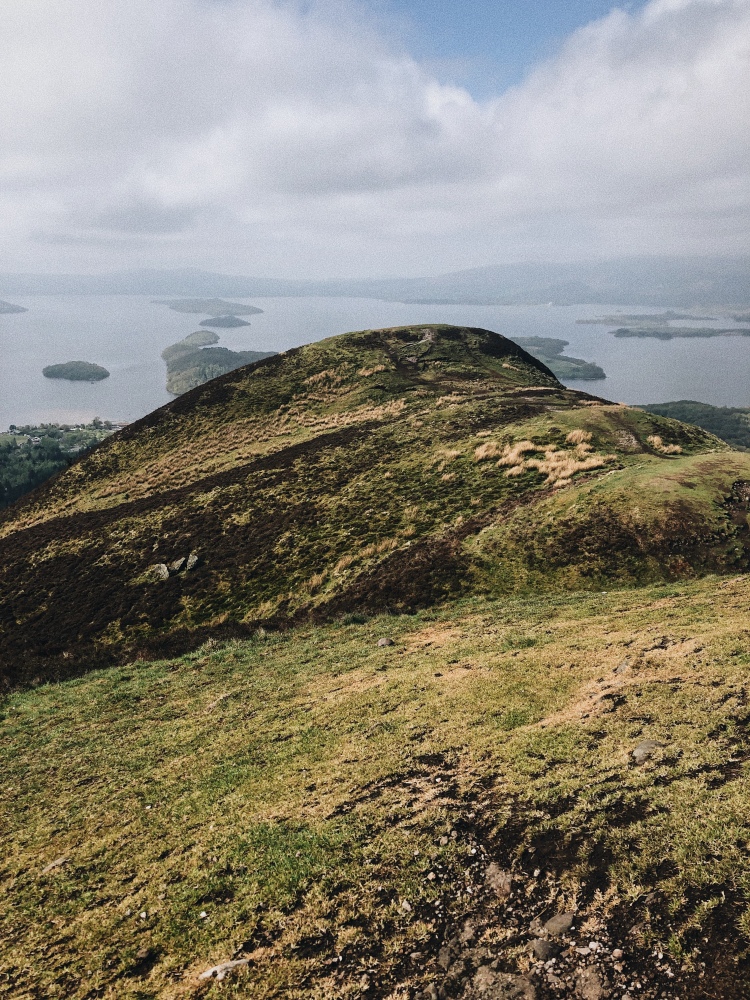 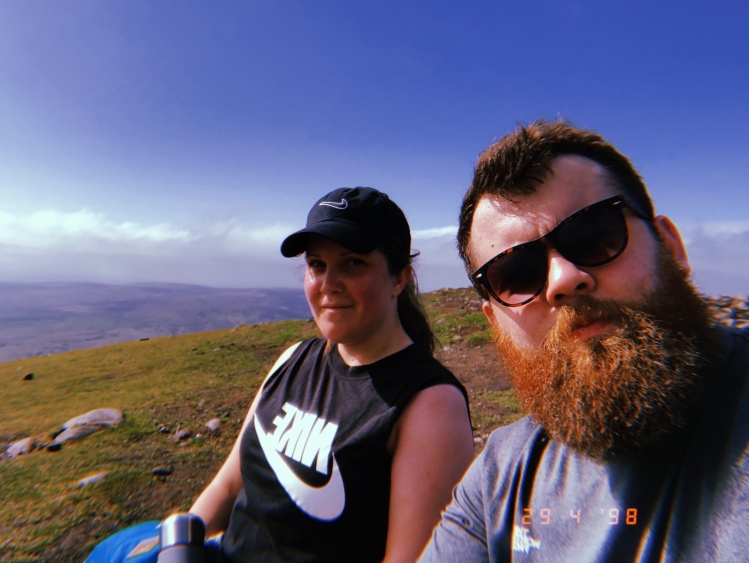 After we walked down to Balmaha we had a lovely lunch at the Oak Tree which is a great pub. It was so nice to sit outside and take my boots off…but we did make a crucial mistake here by thinking that that’s the hardest bit is over for the day. Oh how wrong we were. On the map we still had around 2 hours of walking to Rowardennan. It took us almost 3… 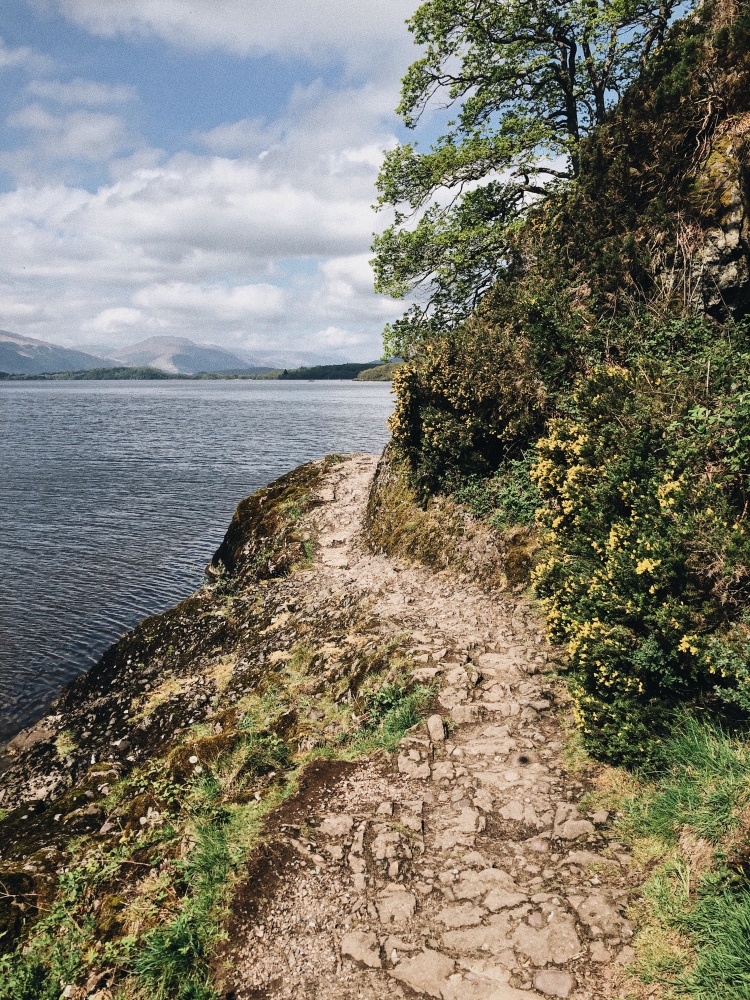 For the first third it is an incredibly pleasant walk along the shores of Loch Lomond. After that the path gets really hilly while snaking through woodland. We climbed so many hills. Actually the mobile phone said that we climbed five times higher than the day before. It was a very hard walk through never ending woods. 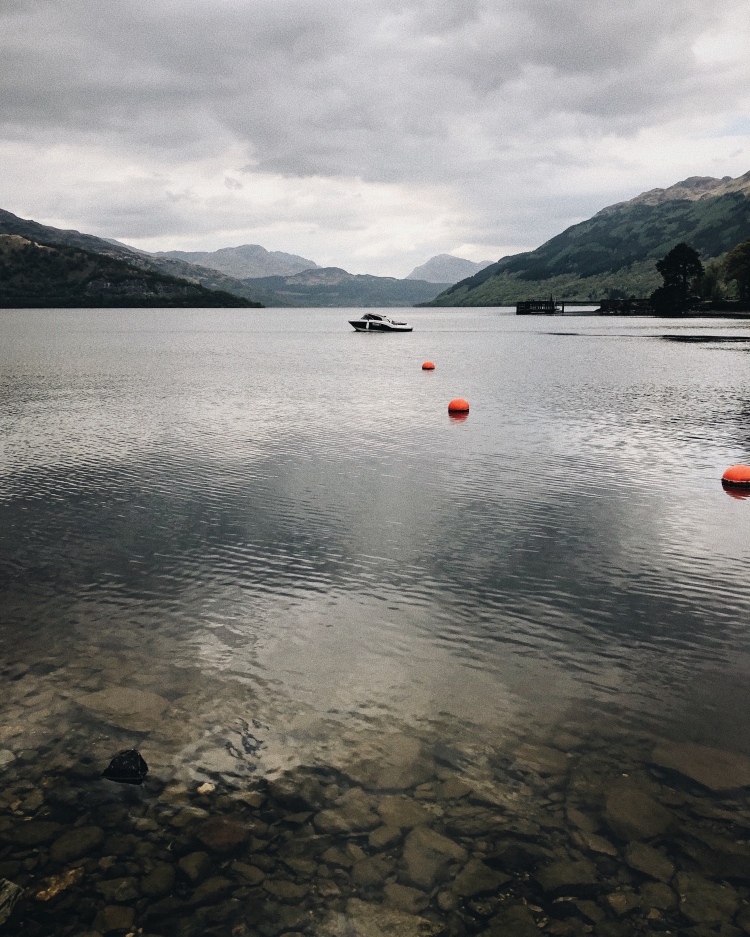 By the time we got to Rowardennan hotel, we were drained. It was only 4pm but we decided to have dinner already. Disappointingly food was pretty bad and so were the pints. And somehow we managed to book a room that had a separate bathroom to which we had to walk to through the hotel hall. In all honesty by that point, I couldn’t imagine walking ever again. And all I wanted was to stay in bed for ages. But we had our hardest day ahead of us the next day. 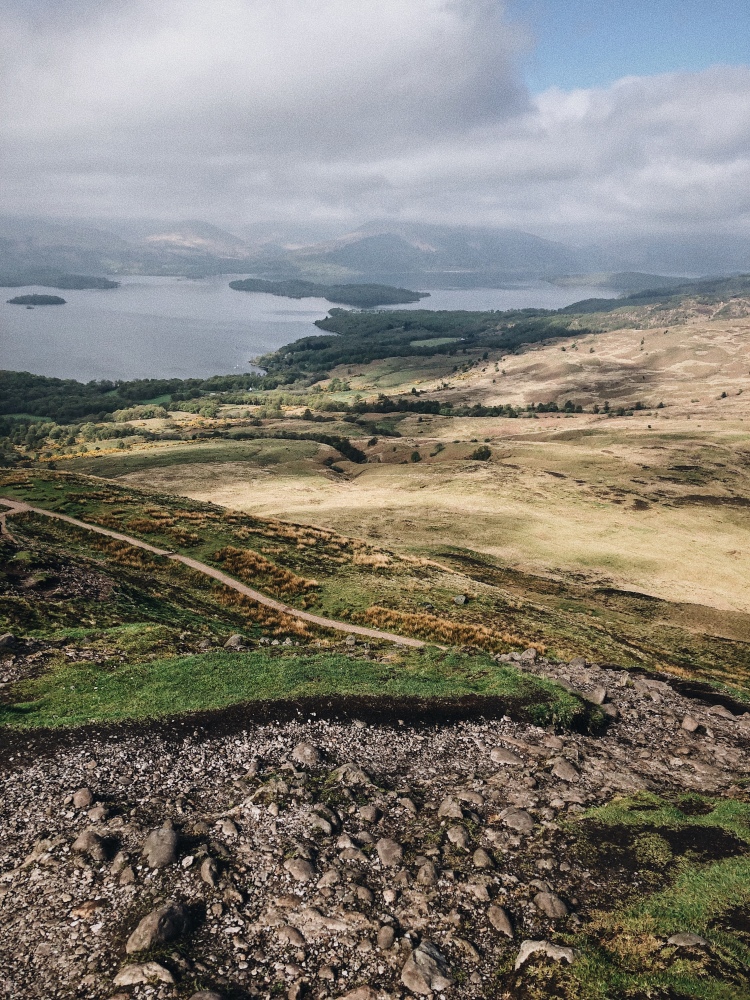